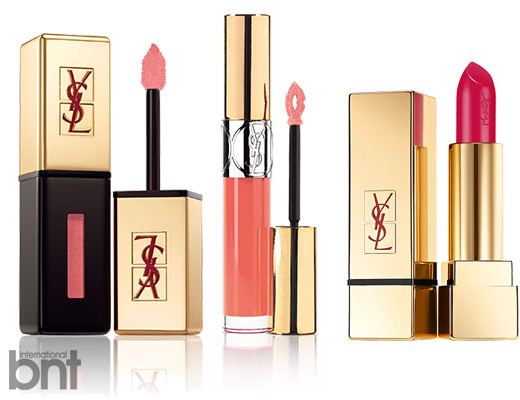 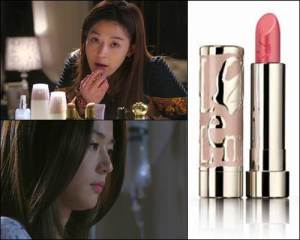 As soon as I get enough money to buy these, I’m going straight to the Yves Saint Laurent counter in the Hyundai department store closest to my house. I’m totally obsessed with Jeon Ji Hyun and this drama. She’s so stunning. And these lip products are flawless on her, so I’m keeping my fingers crossed that they’ll fit me as well. Right now the lipstick is selling out all over Seoul I’ve heard. I only used one lipstick from YSL before so I’m very excited to try this one.

Also there’s this way to do the make up only using Etude House products and save some money:

Another recommended product is the IOPE Water Fit Lipstick in shade #44 Forever Pink:

Note: Currently Aritaum (korean make-up store) and IOPE ( make-up brand) are making a lot of commercials with Jeon Ji Hyun, about My Love From Another Star styled make-up. They’re selling their products like crazy, I checked the store in local Hongdae and they’re all out of the lipsticks. I’ll update whenever I get my hands on one of these.

Here’s a few of the products that Jeon Ji Hyun/Cheon Song Yi uses that I’ve bought:

DISCLAIMER: I did not edit these pics below at all so you can see it’s the real Products. 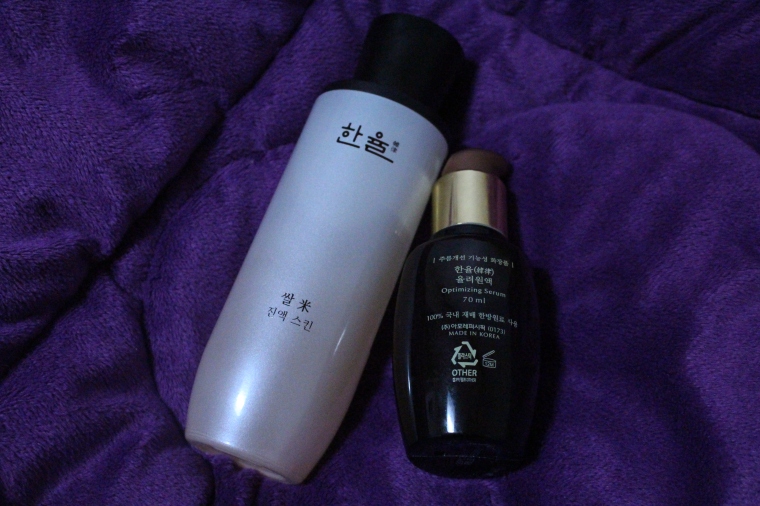 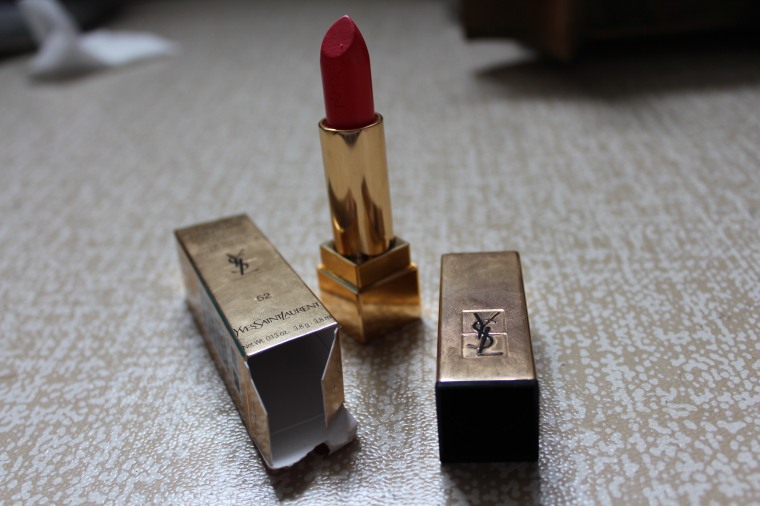 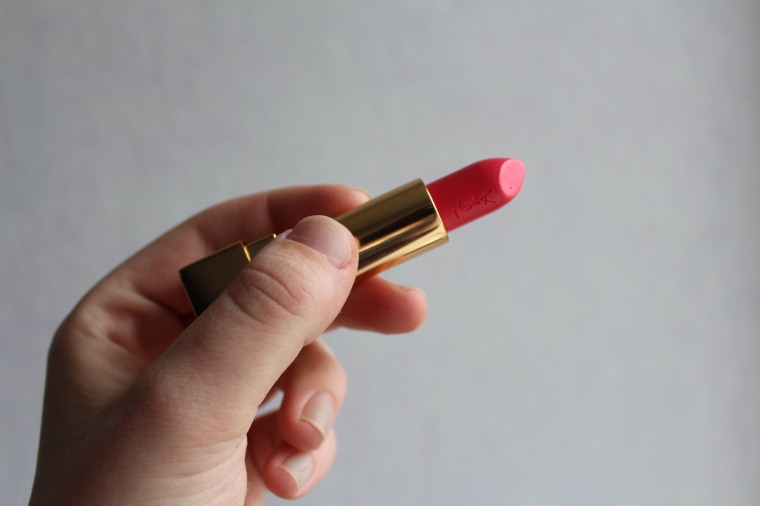 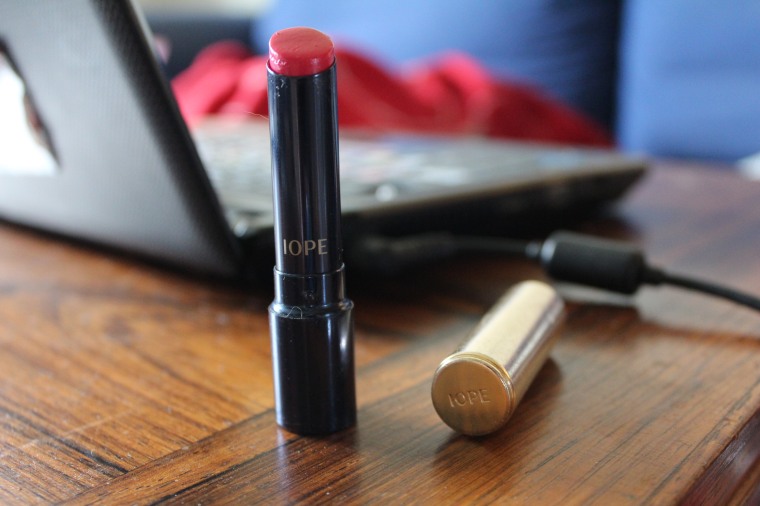 Swatches below of the YSL lipstick and the IOPE lipstick 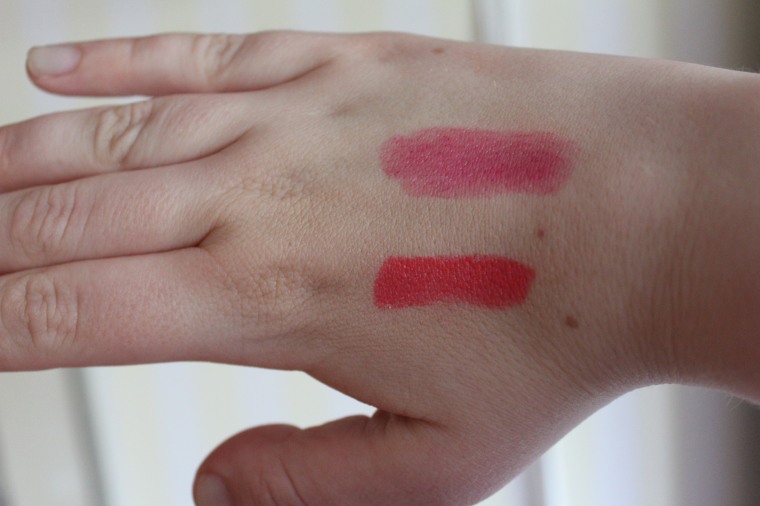 I really like KARA’s new song, and this MV is really cool. I can’t wait to work writing about their comeback performance on KBS Music Bank tomorrow. Check out the music video above!
카라 화이팅! 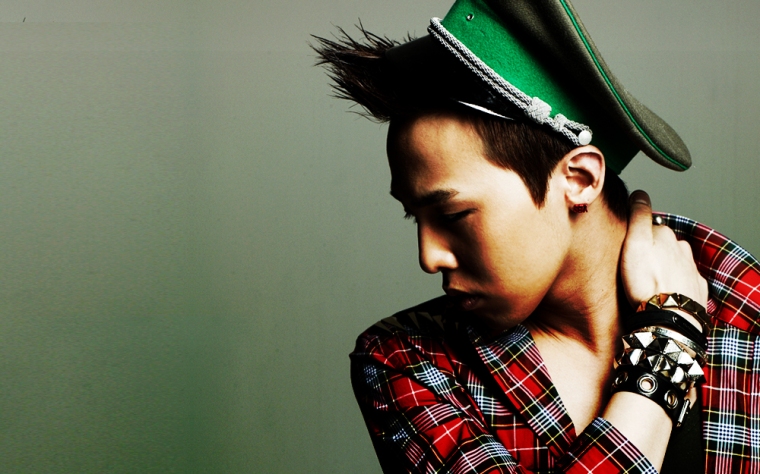 Yesterday I went to the YG building at midnight. I went with my german friend Vanessa because she heard a rumour at Inkigayo that the boys would be getting back to the YG building around midnight.
She was right, all the boys arrived at the YG building before 1AM. The two ones I actually saw properly though was only T.O.P and Daesung due to their haircolours that are easily distinguishable.

2AM they start exiting the building. Taeyang was first. His car stopped and we could actually talk to him and tell him to take care and sleep well. He even gave my friend an autograph.

The second person who exited the building was Daesung, he kept a strong smile eventhough you could see that he was pretty sleepy. Poor boy, he was also nice and stopped his car for a few minutes to talk to fans.

At 4AM Seungri exited and his car sped past. He didn’t stop. Such a cheeky bugger.

At 6AM T.O.P exited the building. By this time we were much fewer fans left due to all being so tired and so cold. He stopped his car aswell and for some reason I did the korean-greeting-bow to him and said “Annyeonghaseyo”. He only stopped very shortly and spoke briefly and silently to us in korean.

At 7.35AM GD and the rest of the people that were with him in the building exit (about five people I think it was). We were only me and about 5 korean/japanese fans left. He stopped his car to for the fans, but he slid down in his seat for us not to see him.
I’m guessing he was looking dead tired, unless he had a little sleepie in the YG building like this;

지드래곤 (G-dragon written in hangul) shook hands with fans. I took his hand (*wonderful*) and he kind of shook/held it for a few seconds. Actually he more like held my hand for the seconds and I died a little. And all the korean and japanese girls were pining for him yelling “Jiyong-aaa! Jiyong-aaa!”. By this moment I was too tired so I don’t remember if I said anything to him.
I think I yelled “Bye GD!” after the car when he drove away.

You can kind of see I’m so tired that I don’t even know that I’m not looking into the camera.
I took a cab home afterwards and I was shivering from the cold the whole ride back home,
I keep getting hypothermia here in Korea whenever I want to see some K-pop bands…
왜ㅐㅐㅐㅐ?

PS: On Korean VIPS (so called K-VIPs): They are rude, hateful and mean. This morning a girl came up and rudely said to me I couldn’t smoke (outside) where I was standing and that I had to move 20 meters from the YG building enterence to smoke. She did yell at a japanese girl we were hanging out with too and told her off aswell. Later I was standing outside next to some korean VIPS and they looked nice, I thought so I tried to talk to them. I said “Chu-oe” which means “It’s/I’m cold” in korean. These girls looked at me with a kind of negative look and then they walked away to stand five meters away from me. I know they understood what I said, they just refused to talk to me since I’m a foreigner. K-VIPs are so rude. I don’t know if BIG BANG know how mean K-VIPs usually are to International-VIPs (I-VIPs). No other kpop fangroup is this harsh from what I know. And all my friend who’ve tried to talk to K-VIPs have the same experience as me…. Such a shame.
The only other group with mean fans within k-pop that I heard of is CN blue. It’s such a shame, I love CN blue too…

K-VIPs, my questions to you are;
* Why are you being like this?
* What did we ever do to you?

There was an error retrieving images from Instagram. An attempt will be remade in a few minutes.